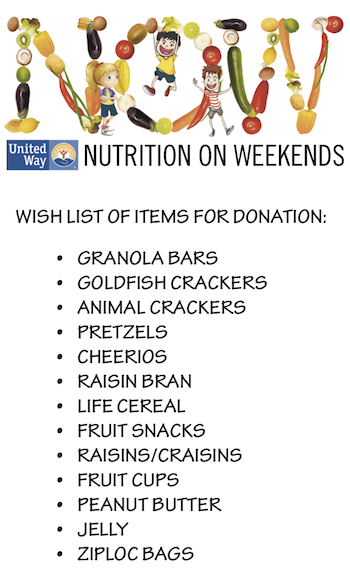 SPONSORSHIPS
For $78, a child can be provided the supplemental food packs for the entire school year.